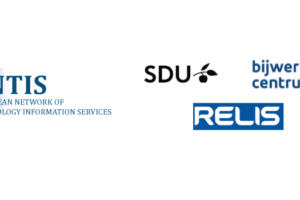 Changing of the Guards: EMA Warning on Paternal Use of Mycophenolate Mofetil: An Unnecessary and Insufficiently Substantiated Precaution.

In this commentary, we strongly argue against the changes to the Summary of Product Characteristics (SmPC) made by European Medicines Agency (EMA) for mycophenolate mofetil (MMF) in 2015. This change specifically addressed pregnancy related issues in SmPC sections 4.4 (Special warnings and precautions for use) and 4.6 (Pregnancy and lactation). The SmPC now specifically warns against paternal exposure: ”Sexually active men are recommended to use condoms during treatment and for at least 90 days after cessation of treatment”

This warning has widespread consequences as – if recommendations are followed -male renal transplant recipients are basically precluded from fathering a child while receiving mycophenolate treatment. Similar warnings are not featured in the FDA approved label, and we have received many calls from worried patients and confused clinicians in different TIS/DIS in Denmark, The Nederlands and Norway.

We urge the EMA to reconsider these specific changes to the SmPC or bring forward evidence that substantiate and justify their case.