Publication of recent study of pregnancy outcome after methylphenidate exposure 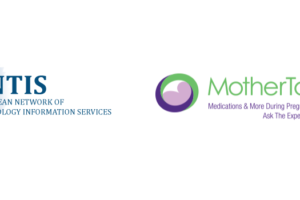 A collaborative study published in J Clin Psychiatry by ENTIS and MotherToBaby affiliated researchers did not suggest that first trimester in utero exposure be associated with increased risk of congenital malformations.

Methylphenidate is a central nervous system stimulant medicinally used in the treatment of attention deficit disorders. Data on its safety in human pregnancy are sparse. A recent prospective, comparative, multicenter, observational cohort study was published in 2016 in the Journal of Clinical Psychiatry [1].

The study was performed by four participating Teratology Information Services (Jerusalem, Berlin, Newcastle-upon-Tyne, and Toronto). Callers who contacted the services between 1996 and 2013 regarding methylphenidate exposure during pregnancy were prospectively collected and followed-up.

This study suggests, in accordance with previously published data, that methylphenidate use in the first trimester does not appear to increase the risk for major malformations. Due to limitations, including a high rate of early pregnancy therapy discontinuation and no comparison with a disease-matched group, further studies are required to fully establish the safety of methyphenidate during pregnancy.