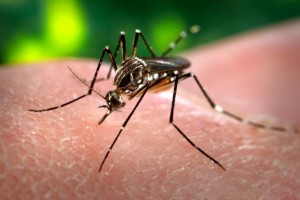 Zika virus and microcephaly in Brazil

The Zika virus disease is a mosquito-borne (Aedes species) viral disease caused by Zika virus. The main symptoms of the disease include low-grade fever, transient arthralgia mainly in the small joints of hands and feet, and maculo-papular rash often spreading from the face to the body. Other general flue-like symptoms may be present, but symptom-free infection is common and it has been estimated that only one out of four infected experience some symptoms.

WHO and European Centre for Disease Prevention and Control (ECDC) have published an alert about the possible association between maternal Zika virus infection and offspring microcephaly (www.ecdc.europa.eu).

The prevalence of microcephaly has increased 20-fold compared to the prevalence prior to epidemic. The causal association has not been confirmed but is considered highly probable. Microcephaly is a severe congenital condition, resulting in intellectual disability and neurological impairment. Fetal adverse effects associated with Zika virus infection have not been reported previously.

There is no vaccine or specific treatment for Zika virus infection. Travelers visiting affected areas, particularly pregnant women, are advised to take effective protective measures to prevent mosquito bites all day round as the virus is transmitted by a daytime mosquito. Official recommendations concerning traveling to endemic areas have as yet not been given.