ACE inhibitors in pregnancy: Recent study from the U.S. suggests no increase in risk of major malformations with exposure during the first trimester among women with hypertension 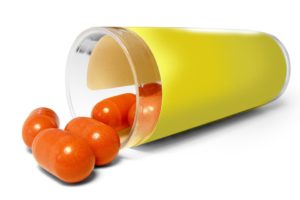 In January 2017 Obstetrics & Gynecology published an article on Angiotensin-Converting Enzyme Inhibitors and the Risk of Congenital Malformations“ by Brian T Bateman et al. As data on the teratogenic potential of ACE inhibitor (ACEI) are partly conflicting, this pharmacoepidemiologic study wanted to analyze the association between first trimester ACEI exposure and the risk of overall major malformations, of cardiovascular and CNS malformations.

Pregnancies for this large cohort study were derived from the social health care program for low income people Medicaid from the years 2000 to 2010. Medicaid covered approximately 40% of births in the United States. Pregnancies exposed to known teratogens or resulting in neonates with chromosomal abnormalities were excluded. ACEI exposure was defined based on outpatient prescriptions dispensed from the last menstrual period to day 90 of pregnancy. Co-medication with other antihypertensive drugs was allowed. The comparison cohort consisted of patients without an ACEI during the first trimester or any other antihypertensive drug. The overall rate of major malformations, of cardiovascular and CNS malformations was 5.94%, 3.38% and 0.27%, respectively, for the exposed and 3.36%, 1.15% and 0.18% for the reference group. After restriction to women with chronic hypertension in both cohorts, 2,631 ACEI exposed pregnancies were compared with 15,884 untreated control pregnancies as to their outcome. The propensity score adjusted relative risks (RR adj.) did not show any significance.

The results are as follows: RR adj. for overall major malformations 0.89 (95% CI 0.75-1.06), for cardiovascular malformations 0.95 (95% CI 0.75-1.21), and for CNS malformations 0.54 (95% CI 0.26-1.11). The authors of the study conclude that ACEI can be safely used in women of reproductive age. However, it is of utmost importance that therapy with ACEI is discontinued in early pregnancy to avoid the severe fetal side effects associated with later pregnancy exposure.

We thank to PD Dr. Corinna Weber-Schoendorfer, MD for preparing this summary.