Antipsychotics in Pregnancy: Large Cohort Study from the US Investigates Risk for Congenital Malformations 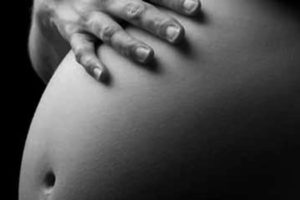 In August 2016 JAMA Psychiatry published the results of a large pharmacoepidemiological cohort study by Krista Huybrechts et al., examining the risk for congenital malformations overall as well as cardiac malformations associated with first-trimester exposure to antipsychotics.

While previous studies documented the outcome of several hundred exposed pregnancies at most, this study cohort included a nationwide sample of more than 1.3 million pregnant women with live births enrolled in the Medicaid healthcare program. 9258 and 733 participants filled a prescription for an atypical or typical antipsychotic drug, respectively, during the first trimester. 4221 pregnancies with first-trimester exposure to quetiapine were documented. Other frequently used antipsychotics were aripiprazole (n = 1756), risperidone (n = 1566), olanzapine (n = 1394), and ziprasidone (n = 697).

After careful adjustment of potential confounders there were non-significant relative risks of 1.05 for congenital malformations for atypical antipsychotics and 0.90 for typical antipsychotics after first-trimester exposure. The results for cardiac malformations were similar (RR 1.06 after first-trimester exposure to atypical antipsychotics). The study found a slightly increased risk both in overall malformations and in cardiac malformations for risperidone (RR in each case 1.26, with a 95 % confidence interval of 1.02-1.56 and 0.88-1.81, respectively). Since they cannot rule out the possibility of a chance finding and there is no established biological mechanism to explain these results, the authors recommend interpreting their findings regarding risperidone with caution.

These findings are in accordance with results from most previous albeit significantly smaller studies.

A major strength of this study is the large sample size. Limitations are the possibility of exposure misclassification (exposure being defined as having filled a prescription) and the absence of data on dosage and actual period of ingestion. Furthermore, since only pregnancies resulting in live births were included, spontaneous abortions, stillbirths and elective terminations of pregnancy because of congenital malformations remained undetected.

Regarding the reproductive safety of atypical antipsychotics, the results of this large cohort study are overall reassuring.

We thank to Dr. med. Marlies Onken for preparing this summary.